How to Avoid Money and Marriage Problems 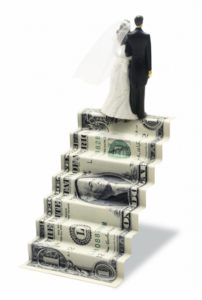 Leaving the toilet seat up. <Guilty>

Pretending to not hear the newborn crying in the middle of the night. <Busted!>

Trying to fix the problem instead of just listening. <Still haven’t figured this one out>

In the grand scheme of things, the above items are trivial and every marriage should be able to withstand them.

But the #1 thing that all marriages have a problem with is money.

I’ve seen countless marriages ruined all because money got in the way.

All of these are a recipe for a disastrous marriage.

Here’s my tips on how you can have a successful marriage and avoid money problems. I promise it doesn’t have to be that hard.

Now, every married couple is different. The roles and responsibilities in a marriage are going to differ from couple to couple. There is no perfect formula for how you should manage your finances and who should do what. Regardless of which person works, earns more, pays the bills, or manages the cash, it’s vital you have an open discussion about your money. I like to call these your “battle buddy” conversations.

Your goal should be to have at least one money discussion a month, but I understand it can be a lofty goal. Try to have at least one money talk a quarter, but aim to have them as much as possible. These discussions should center around a budget. Look at when your money is coming from and where it’s going to. Make sure both of you understands all of the bills and expenses. This is an excellent way to resolve some of the friction which arises in marriages because of money.

If you and your spouse have never created a budget before, this is one of the best places to start. I know the idea of creating a budget sounds like torture, but it doesn’t have to be. You can take the old school route and create an Excel spreadsheet with all of your bills and expenses. If you’re not experienced with Excel spreadsheets, there are plenty of templates you can download.

Making a budget has never been easier thanks to smartphone apps. If you’re looking for a quick and easy way to make a budget, go download Mint. With Mint, all you have to do is download the app, sync your bank accounts, and then Mint handles the rest. The app will show all of your recent transactions and purchases, and puts them into the appropriate categories. This can show you areas where you or your spouse is overspending or areas where you can trim back some of your money.

Not only should you look at your bills and expenses, but you should also talk goals. Having the same mindset or a similar financial outlook is going to make the whole money talk much easier. A lot of the problems which pop up in marriage is because couples are not on the same page about where they are trying to go financially and how they are going to get there.

If you’re newly married, this is even more vital. Not understanding the other person’s point of view or goals is like trying to go on a road trip using two very different maps. Maybe one of you wants to start saving for a home while the other person simply wants to save more money. This is one of the easiest ways to resolve some of the money problems which pop up in marriage.

Understanding each other’s goals and mindset on money can give you a foundation for your battle buddy talks and for making big financial decisions in the future. Not only should you set some short-term goals, but plan ahead as well. Look a couple years down the road and decide where both of you want to be.

Should you Have Separate Bank Accounts?

Having separate bank accounts is becoming more and more popular in marriage. In fact, according to a 2016 TD Bank Survey, 76% of couples share at least one bank account. That means almost 25% of married couples are not sharing a bank account. These couples have two separate accounts, but how does this impact marriage and is it a good idea?

Some married couples want to keep their financial independence after their married. They don’t want to ask permission or be dependent on another person when managing their finances. There are several serious drawbacks to having separate accounts.

If you have separate accounts, it’s more likely you’ll run into some “money surprises” you won’t see for several months. With a joint bank account, there is more accountability. Additionally, with a joint account, there is another set of eyes watching the account, which means more eyes to check for errors.

I can’t tell you what the best option is for you. Maybe separate bank accounts work well for your marriage, but to me, it seems like another obstacle for marriages. The more financial communication and open channels you have, the less likely you are to run into problems related to money.

You probably know money is one of the leading causes of divorce. In fact, a survey by SunTrust Bank showed 35% of respondents who were experiencing stress in their relationship was because of money. According to a CreditCard.com poll, one in five Americans say they have spent $500 or more and not told their partner.

For a lot of people, discussing money can be difficult and awkward. Regardless of how you feel about it, money is one of the biggest parts of your marriage. It can make your relationship flourish or it can drive it into the ground. 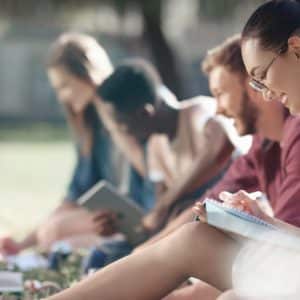 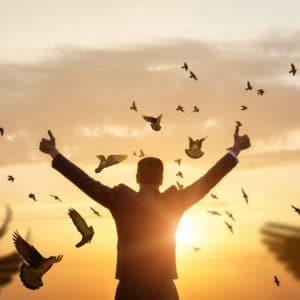 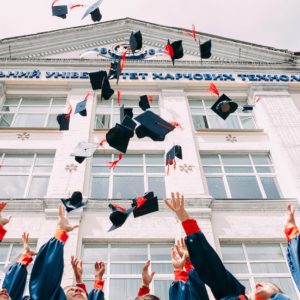 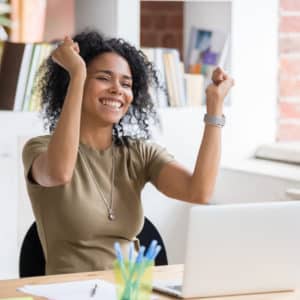 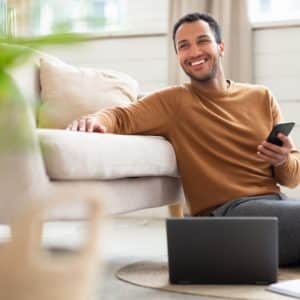 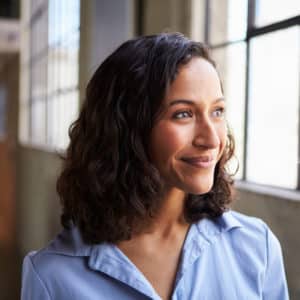