How to Invest in Bitcoin

Bitcoin is a “cryptocurrency”, which means that it’s a digital form of payment that’s not tied to any government. It fluctuates wildly in value — it’s ranged from a low of $4,945 in March 2020 to $13,891 in early-November. But with a thoughtful strategy, you might be able to use that volatility to cash in big.

But Bitcoin isn’t right for every investor — it requires intensive research in a very niche area to be successful. Here’s an overview of the different ways to invest in Bitcoin so you can decide whether it’s worth being a part of your investment portfolio.

Why Invest in Bitcoin?

Bitcoin was birthed in the wake of the 2008 financial crisis when tech junkies sought out an alternative to the traditional money system that seemed to be failing. Since it’s only been around for 12 years, there’s not much of a track record to judge its performance as an investment.

In contrast, the U.S. stock market on Wall Street has been around since 1792. Investors learned how it responds to different scenarios, and when it’s a good time to invest based on different goals.

This is important to understand because people have a lot of ideas about how and when to invest in Bitcoin, but so far these strategies are largely untested. Some investors are interested in short-term or day trading with Bitcoin, because of its dramatic rises and falls.

There’s a tremendous opportunity for earnings when investing in Bitcoin, but you can also lose that money overnight.

Bitcoin Value and Its Risks

Bitcoin rose from a price of around $100 when it first launched, to almost $20,000 at its peak (so far) during late 2017. Its lifetime price chart even looks like an EKG from someone having a heart attack.

But “buy-and-hodl” (yes, HODL; a slang acronym for “hold on for dear life”) strategies are also common, too. And increasingly so given the current recession as people look to alternative investments to the rocky stock market. Yet, first glimpses show that even this strategy might not be panning out as some investors hoped. Although Bitcoin has climbed since the pandemic started it also experienced a 50% drop in value right as COVID cases were taking off in the U.S.

There’s a tremendous opportunity for earnings when investing in Bitcoin, but you can also lose that money overnight. It’s not even as stable as the stock market.

According to a 2018 Yale study, Bitcoin was significantly more volatile than traditional stocks at every short-term time scale measured, from daily to monthly. There are also special things to consider when buying Bitcoin that you don’t have to think about when buying other investments, which we’ll get into below.

For these reasons, the general consensus is that it’s not a bad idea to invest in Bitcoin if you have an interest in it, but don’t bet the house on it. Keep it to a small portion of your portfolio, and as with any investment, never invest more than you can afford to lose.

How to Invest in Bitcoin

When most people think of investing in Bitcoin, they think of buying Bitcoin itself. Although you can do that, there are also a few different ways to invest in Bitcoin.

The most direct way to invest in Bitcoin is to — well — buy Bitcoin. But it’s not as simple as opening an account at a bank. There are a few concepts you need to know first, as preparation before buying Bitcoin.

First, you’ll need a bitcoin “wallet”. This is a storage account for your Bitcoin, similar to a bank account or a brokerage sweep account. Wallets can either be “software” (or “hot”), meaning that they’re available on a website, an app, or a computer program. They can also be “hardware” (or “cold”), meaning that they’re on a special hard drive and not connected to the internet.

Most Bitcoin marketplaces offer hot wallets, but because they’re vulnerable to hacking and theft, it’s wise to keep your stash of Bitcoin in a more secure wallet. Importantly, there’s no federal insurance program, like the FDIC or SIPC, for Bitcoin if you are a victim of theft. Hardware wallets are the most secure, since they’re entirely offline and can’t be accessed until you plug it into a computer.

Once you have your wallet, you’ll need to find a marketplace or exchange to buy and sell Bitcoin. There are many out there, but eToro, Blockfi, and Coinbase are three popular options. Take special note of any transaction fees, as some exchanges offer cheaper trading fees than others.

Check Out eToro
Check Out Blockfi

eToro USA LLC; Investments are subject to market risk, including the possible loss of principal.

If you’re familiar with the traditional ETF investing world, a Bitcoin ETF could be an easy way to get started. There’s just one problem: there aren’t any available on the U.S. markets as of this writing.

So far, the Securities and Exchange Commission (SEC) has been hesitant to approve any public ETFs because the cryptocurrency market is largely unregulated.

That doesn’t mean we won’t see one soon, however. If it does happen, you might find it easier to get started through this route than with the old-school method of buying Bitcoin outright.

That’s because ETFs can be bought and sold in your existing brokerage account rather than having to worry about any Bitcoin-specific security and technology hassles. The ETF would work as a traditional investment, except that it’ll track the price (and therefore the volatility) of Bitcoin.

Although there aren’t Bitcoin ETFs yet, the Greyscale Bitcoin Trust — which sells shares on the OTCQX market — comes close. It’s the first publicly-quoted Bitcoin investment vehicle available which launched on January 21, 2020.

It’s not available to just any investor, however. The minimum buy-in is steep ($50,000), the expenses are high (2% annually), and it’s only open to accredited investors. But like a Bitcoin ETF, you won’t have to worry about the storage and security shenanigans associated with buying Bitcoin. You can even buy shares of GBTC through an IRA, which makes it one of the few ways to invest in Bitcoin within a tax-advantaged retirement account.

There are a few private index funds out there, such as Bitwise 10 Crypto Index Fund which invests in a range of cryptocurrencies, including Bitcoin. This fund has filed for approval to become public, but as of this writing, it’s still only available privately.

This fund is also not widely accessible to the average investor, given that it has a high expense ratio (2.5%), a $25,000 minimum investment, and is only open to accredited investors.

A lot of money already has been made by investing in Bitcoin. Wherever there’s a lot of wealth you’ll see investment advisors ready to help, and that’s also the case here.

If Bitcoin has piqued your interest, find an investment advisor who specializes in developing a Bitcoin investing strategy that fits your overall goals. It can be worth your time and money to consult with a professional if only to get a second opinion on your plan.

Bitcoin is a very risky, yet high-reward investment tool. For those who have a true interest in cryptocurrency and who don’t invest more cash than they can afford to lose, the rewards can be big — if you’re careful, and a bit lucky.

But just like with any investment, you can boost your odds of success by doing your research ahead of time. In the case of Bitcoin, that research might take you quite a bit longer than with other investments. 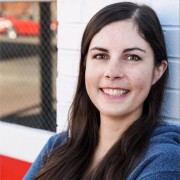