The Ultimate Roth IRA Conversion Guide – Everything You Need to Know

Thinking about converting your retirement account to a Roth IRA? It’s easy to see why the Roth IRA is so incredibly popular. Contributions to a Roth IRA are made with income that has already been taxed, meaning there’s no initial tax benefit, but the money you have in a Roth grows tax-free over time.

Roth IRAs don’t come with Required Minimum Distributions (RMDs) at age 72 like a traditional IRA either, so you can continue letting your money grow until you’re ready to access it. When you do decide to take distributions from a Roth IRA, you won’t have to pay income taxes on that money. You already paid income taxes before you contributed, remember?

These are the main benefits of a Roth IRA that set this account apart from a traditional IRA, but there are plenty of others. With all of this in mind, it’s no wonder so many people try to convert their traditional IRA into a Roth IRA at some point during their lives.

But, is a Roth IRA conversion really a good idea? This kind of conversion can certainly be lucrative over time, but you should definitely weigh all the pros and cons before you decide.

When Would You Want to Convert to a Roth IRA?

Converting an existing traditional IRA or another retirement account to a Roth IRA can make sense in many different situations, but not all the time. At the end of the day, the value of this investing strategy depends on your unique situation, your income, your tax bracket, and the financial goal you’re trying to accomplish in the first place.

The most important detail to understand is that, when you convert another retirement account to a Roth IRA, you will have to pay income taxes on the converted amounts. It can make sense to pay these taxes now to avoid more taxes later on, but that depends a lot on your tax situation now and what your tax situation may be like later in life.

The main scenarios where converting to a Roth IRA can make sense include:

These are just some of the instances where it can make sense to convert another retirement account into a Roth IRA, but there may be others. Also note that, before you do anything drastic or begin a conversion, it can be smart to speak with a tax advisor or financial planner with tax expertise.

When Would You Not Want to Convert?

Again, these are just some of the scenarios where you would want to think long and hard before converting another retirement account to a Roth IRA. There are plenty of other situations where this move wouldn’t make any sense, and you should speak with a tax professional before you move forward either way.

Conversion Rules You Need to Know

Which accounts can you convert?

While the most common Roth IRA conversion is one from a traditional IRA, you can convert other accounts to a Roth IRA. Any funds in a QRP that are eligible to be rolled over can be converted to a Roth IRA.

You can take direct delivery of the funds from your traditional IRA (check made payable to you personally), and then roll them over into a Roth IRA account, but you must do so within 60 days of the distribution. If you don’t, the amount of the distribution (less non-deductible contributions) will be taxable in the year received, the conversion will not take place, and the IRS 10% early distribution tax penalty will apply.

This is not only the easiest way to work the transfer but it also virtually eliminates the possibility that the funds from your traditional IRA account will become taxable. You simply tell your traditional IRA trustee to direct the money to the trustee of your Roth IRA account, and the whole transaction should proceed smoothly.

Additional Details to Be Aware Of

Note that, if you don’t follow the rules outlined above and your money doesn’t get deposited into a Roth IRA account within 60 days, you could be subject to a 10% penalty on early distributions as well as income taxes on the converted amounts if you’re under the age of 59 ½.

And, as we already mentioned, you’ll have to pay income taxes on converted amounts regardless of which rule you choose to follow above. You’ll report the conversion to the IRA on Form 8606 when you file your income taxes for the year of the conversion.

What is the Backdoor Roth IRA and How Does It Work?

If your income is too high to contribute to a Roth IRA outright, the Backdoor Roth IRA offers a potential workaround. This strategy has consumers invest in a traditional IRA first since these accounts don’t come with income limitations in terms of who can contribute. From there, a Roth IRA conversion takes place, letting those high-income investors take advantage of tax-free growth and future distributions without having to pay income taxes later on.

A Backdoor Roth IRA can make sense in the same scenarios any Roth IRA conversion makes sense. This type of investment strategy intends to help you save money on taxes later at the cost of higher taxes now, in the year you make the conversion.

The big disadvantage of a Backdoor Roth IRA is a whopping tax bill, you’re hoping to lower your tax liability in the future. That’s a noble goal but, once again, the Backdoor Roth IRA only makes sense in situations where tax savings can truly be realized.

Steps to Convert an IRA to a Roth IRA

If you think a Roth IRA conversion would be a good move on your part, here are the steps you’ll want to take.

First, make sure you open a Roth IRA with one of the top brokerage firms. We think TD Ameritrade is one of the best Roth IRA providers out there due to the fact you pay $0 per trade and $0 per year. However, you should also check out top Roth IRA providers like Betterment, Ally, LendingClub, and Vanguard.

Next, you’ll want to initiate a Roth IRA conversion with your traditional IRA or QPR provider. Remember that, if you choose to accept the funds with a check, you have 60 days to move the money into your Roth IRA account. You can also have the funds moved via a trustee to trustee transfer or even using the same brokerage account, and this is often easier since the move should theoretically be taken care of on your behalf.

3. Pay Income Taxes On the Conversion

The major downside of a Roth conversion is that you will be paying taxes on the amount converted in the current year, and depending on your income tax bracket and the amount you’re converting, the tax bite could be substantial. With that being said, you will hopefully plan your conversion in a year when you’re in a lower tax bracket, or when you have other losses you can use to offset additional taxes caused by the conversion.

Whenever you’re dealing with numbers, it’s always helpful to demonstrate the concept with examples. Here are two real live examples that I hope will illustrate how the Roth IRA conversion works in the real world.

Example 1
Parker has a SEP IRA, a Traditional IRA, and a Roth IRA totaling $310,000. Let’s breakdown the pre- and post-tax contributions of each:

Parker is wanting to only convert half of the amount in his SEP and Traditional IRA’s to the Roth IRA. What amount will be added to his taxable income in 2014?

Here’s where the IRS pro-rata rule applies. Based on the numbers above, we have $40,000 total after-tax contributions to non-Roth IRA’s. The total non-Roth IRA balance is $280,000. The total amount that is desired to be converted is $140,000.

The amount of the conversion that won’t be subject to income tax is 14.29%; the rest will be. Here’s how that is calculated:

Example 2
Bentley is over the age of 50 and in the process of changing jobs. Because his employer had been bought out a few times, he has rolled over previous 401k’s into two different IRA’s.

Based on the above information, what will be Bentley’s tax consequence in 2020?

Did you notice the curveball I threw in there? Sorry – I didn’t mean to trick anybody – I just wanted to see if you caught it. When it comes to converting, old 401(k)s and current 401(k)s do not factor into the equation. Remember this if you are planning on converting large IRA balances and have an old 401(k). By leaving it in the 401(k), it will minimize your tax burden.

Using the steps from above, let’s see what Bentley’s taxable consequence will be in 2020:

For 2020, Bentley will have a taxable income of $6,859 of his $7,000 Traditional IRA contribution/Roth IRA conversion, and that’s assuming no investment earnings. As you can see, you have to be careful when initiating conversion.

If Bentley had gone through with this conversion and didn’t realize the tax liability, he would need to check out the rules on recharacterizing his Roth IRA to get out of those taxes.

If you meet certain criteria and don’t mind facing a larger than average tax bill during the conversion year, a Roth IRA conversion could absolutely make sense. However, you should absolutely weigh the pros and cons of this move before you pull the trigger, and you should definitely set aside the time to speak with a professional who can help you walk through the tax implications.

A Roth IRA conversion can help you avoid taxes later in life when you would really benefit from some tax-free income, but don’t jump in blindly. Research everything you can about Roth IRA conversions and alternative ways to save more for retirement, and make sure any decision you make is an informed one. 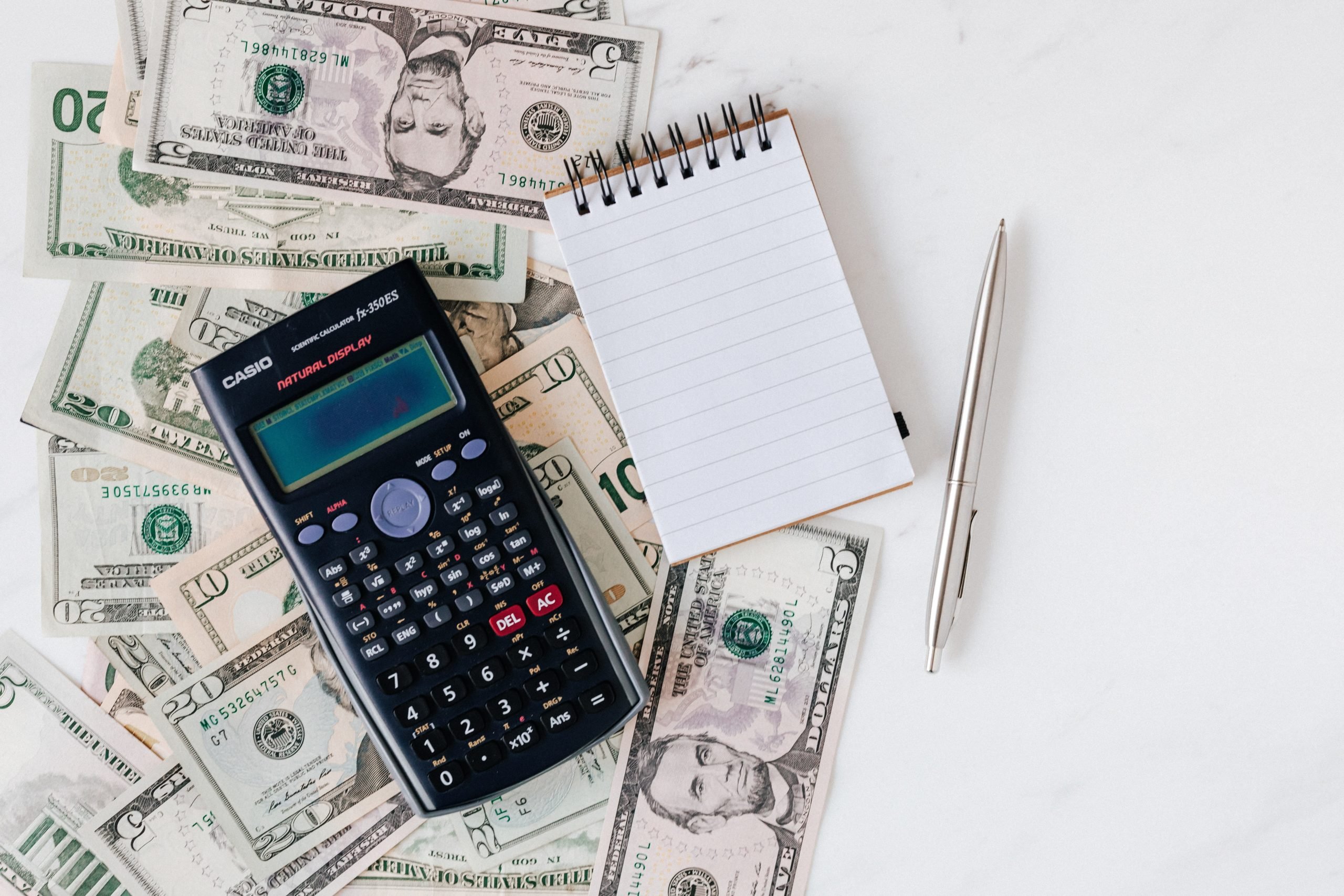