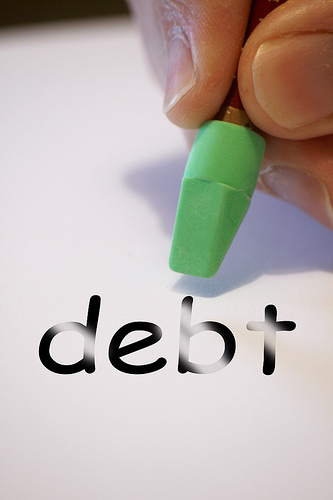 Debt and the prospect of bankruptcy is a thought that crosses the mind of nearly all Americans at some point.

But rarely do we think political leaders have the money woes of the common man. Think again!

Some of the country’s most famous politicians found themselves mishandling their finances and ended up filing different kinds of bankruptcy.

Many politicians from the 18th century to the new millennium have filed for bankruptcy. Here’s a look at some of the most notable cases.

One of the nation’s Founding Fathers and its 3rd president had financial troubles. Thomas Jefferson did not manage his money well. He incurred debt building his plantation home, Monticello, and furnishing it with books, fine wines, artwork, silver, and furniture bought on credit. Even after his death, his estate was riddled with so much debt that it had to be sold off in order to pay creditors. The Revolutionary War was not good to Benedict Arnold in many ways. Aside from being branded a traitor to his country, Arnold went bankrupt after the revolution, which caused him tremendous worry about his reputation.

In 1832, Abraham Lincoln decided to buy a general store in New Salem, Ill, with a business partner. They purchased the store – and all of its contents – on credit. Despite the booming economy of the time, the business could not turn a profit, and they ended up in debt. Honest Abe filed for bankruptcy after his business partner died, and it took him more than 20 years to pay off the debt. In 1835, when Lincoln was a state legislator, he introduced a bill that would provide debt relief for debtors. The bill did not pass.

When William McKinley was governor of Ohio, he lent a friend money for his business. When said business failed, the bank came after McKinley for the debt. He almost left politics completely in order to return to law practice to pay off the debt. Three years later, McKinley became the 25th president of the United States.

After a long political career as a member of the United States House of Representatives and Senate (as well as an unsuccessful bid for the presidency), George McGovern decided to enter the business world. He started a hotel called the Stratford Inn. Yet, in 1991, McGovern’s hotel was forced to file Chapter 11. After the bankruptcy, McGovern noted in a Congressional record that knowing what American business owners face when in debt would have made him a better politician. Former Maryland Congressman Tom McMillen suffered his share of debt problems. The former NBA star founded McMillen Communications Corp. Yet he faced trouble when the business had financial problems before an election year. McMillen’s company filed bankruptcy in 1992, but not before changing the company name to Pager Communications in an attempt to distance himself from the failing company during an election. McMillen lost that race for Congress.

Former Louisiana Representative William Jefferson filed for Chapter 7 bankruptcy protection in 2009 after being convicted on 11 corruption charges and accused of taking $470,000 and 30 million shares of stock that resulted from criminal activity. Jefferson’s political woes were far from over. The FBI found $90,000 in cash in the freezer of Jefferson’s Washington, D.C., and New Orleans homes.

Representative Ruben Hinojosa of Texas declared bankruptcy after a loan to a family business went bad. He declared personal bankruptcy after lending money to his family’s meat company. They have been unable to pay off the loan due to the bad economy. The representative, who served on the House Financial Services Committee, now has $2.9 million in liabilities with $2.6 million of that amount owed to Wells Fargo Bank.

Former Illinois State Assemblyman Ron Stephens resigned from the legislature in 2011 after serving 27 years in the House of Representatives. Three months after his resignation, he sought protection under Chapter 13 bankruptcy law. Stephens’ bankruptcy petition noted $615,000 in debt, including $482,000 owed on his Greenville, Ill., home. From the Founding Fathers to former presidents to members of Congress, debt and bankruptcy are as common to politicians as they are to Main Street America. Bad financial decisions are made every day by Americans as well as famous politicians. Just because one is in politics does not make them exempt from financial woes.

Don't Pay Late! Different Ways to Set Up a Bill Reminder
Tax Planning Goals - Get Your Tax Schwag On
Advertiser Disclosure
(How We Make Money)
GoodFinancialCents.com has an advertising relationship with the companies included on this page. All of our content is based on objective analysis, and the opinions are our own. For more information, please check out our full disclaimer and complete list of partners.