A relative newcomer in the world of mortgage offerings, Movement was founded in 2008 during the financial crisis. The company is based in South Carolina and has expanded rapidly to have a presence in 47 states. Movement is accredited by the South Carolina Better Business Bureau, with an A+ rating.

Compared to many other mortgage providers, Movement is much newer, but its scale is already approaching that of the established industry leaders.

The company now operates over 650 branches. Movement promotes its offerings with a socially conscious image, calling its mortgages a “Movement of Change” and defining them in opposition to the practices that contributed to the financial crisis in 2008, around the time of Movement’s founding.

The bank’s digital offerings are numerous, including an online application form, and several calculator tools. Depending on whether an individual wants to determine a loan’s amortization schedule, figure out the relative affordability of a home or map the effects of refinancing, there is a website feature for this purpose.

The bank states that it was named the fasted-growing mortgage provider by Inc. Magazine and that its long-term goal involves serving 1 in 10 homebuyers in the U.S. by 2025. It is attempting to couple this expansion with community assistance and charity, coordinated through an organization called the Movement Foundation.

This is obviously low compared to the maximum value but is higher than many of its competitors. It suffered a temporary stop to its activities in California in late 2017 following state-level legal action.

Ads by Money. We may be compensated when you click on this ad.Ad

The first step to a new home is doing the numbers and finding out how much you can afford.
Mortgage Experts are available to get you started on your home-buying journey with solid advice and priceless information. To find out more, click on your state today.
View Rates

Movement has plenty of options for mortgage loans. Here is a breakdown of each.

One of the main types of mortgages is a fixed-rate loan. This loan will always reflect the monthly payments and rates at the time it was taken out, and is ideally suited to those who appreciate this stability or want to lock in a great rate. Whether applying for a 15-year or 30-year mortgage, prospective homeowners can plan out their next steps with a fixed-rate home loan.

ARM loans have fixed rates for a specific period (usually between 5 and ten years), after which they fluctuate yearly according to market values. Movement indicated on its corporate blog that when borrowing rates are low, as has been the case for the past few years, fixed-rate mortgages remain more popular than adjustable-rate mortgages.

ARMs aren’t just for rate maximization, however. Individuals who plan to pay off a loan quickly, during the initial period before an ARM’s rate starts fluctuating, can get savings benefits by going the adjustable-rate route. Furthermore, homeowners who want to spend time paying off other debt or using their money for purposes other than loan repayment can do so during this initial part of an ARM.

When it’s time to get a loan that goes beyond the maximum amounts backed by federal agencies ($453,000 in some states, up to $679,650 in others) there are still loan options available. This is where jumbo loans come in. Movement offers several high-value options, some of which are backed by the government, while others are offered outside of qualified mortgage programs.

One of the through-lines between multiple mortgage types is that they call for sizable down payments. This can impede individuals who are getting ready for homeownership but don’t have large amounts of cash ready on hand. This is where the Federal Housing Authority’s financing options come in. Movement offers access to this program, which allows the use of gift funds for a down payment and lets buyers pay as little as 3.5 percent upfront.

The U.S. Department of Agriculture isn’t just about promoting farms; this governmental agency also offers assistance to people trying to move to rural areas, even if they aren’t planning on farming. Borrowers who have low to moderate-income levels and want to move into a new house in the country can link up with the USDA through Movement Mortgage.

Cashing out is a type of refinancing designed to give homeowners access to funds right away. By borrowing against the amount of money they’ve already paid off, these individuals get the funds they may need to perform a major transaction such as settling a significant debt. This process involves refinancing for a higher amount than the current, partially paid value of the loan.

The BBB in South Carolina, where Movement’s headquarters is located, has offered the bank accreditation and gave it a rating of A+. There have been 38 customer reviews and 66 complaints regarding the company, and it holds a consumer rating of 2/5 stars, higher than some other lenders but far below the maximum value.

Movement is proactive about answering complaints about its products and services, though many of the reviews do not have responses from the company’s representatives. The content of these reviews ranges from worries about long waits for approval to unhappiness with the way the company deals with personally identifiable information.

Interestingly, and in contrast to some other mortgage providers, there are some detailed and very positive 5-star reviews praising the lender’s handling of the loan process.

Applying for a Mortgage with Movement

Regarding the technical steps required to apply for a loan, Movement offers an online application and aims to process the documents for final approval within seven days, with closing happening in one day if all goes as planned. Considering that the national average for closing is 44 days from the beginning of the mortgage process, per Ellie Mae data, these are ambitious speed targets.

To apply for a loan, potential borrowers should have numerous forms of financial disclosure and identification ready:

Movement Mortgage is registered with the National Mortgage Licensing System, (license number 39179). It is accredited by the South Carolina Better Business Bureau and has been since 2015. The BBB opened its file on the company in 2008. Despite its poor user rating of 2/5 stars in BBB reviews due to a lack of resolution of issues through the BBB website, the bank has multiple excellent reviews related to the ease of the mortgage process.

There was one legal action against the lender in California in 2017. Movement had to stop serving California customers until it resolved the matter, which stemmed from overcharging borrowers for their per diem interest. The consent order was later amended in March of 2018.

Qualifying for a mortgage with Movement depends on numerous financial factors. The company’s calculators, online application, and ability to immediately ask an agent for a detailed quote allow individuals to see whether their current circumstances match the requirements.

The fact that Movement offers numerous products backed by government agencies enables it to present offerings to a broader audience. For example, FHA loans are calculated with low- to medium-income buyers in mind, and VA loans offer low or negated down payments for veterans. 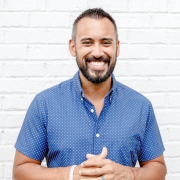 What to Know Before Buying a Foreclosed Home Why Refinance Rates Are Higher Than Purchase Loan Rates 10 Home Updates That Are Worth the Money How to Buy a Second Home that Pays for Itself How Much House Should I Afford?