Save Money By Not Eating Out For an Entire Month

This is another guest post from Les O’Dell as he shares his journey of not eating out for an entire month. Personally, I would fail after a few days, so I give him props for the effort. Enjoy the read and hopefully this will be your best way to save money! I’m off to get a burger….. 🙂

Look at the Facts of Eating Out

Sometime ago, my wife came up with a very challenging idea. It stemmed from several facts in our life.

FACT: We both had made a conscious decision to treat our bodies better with more nutritious meals, fewer junk snacks and more exercise.

FACT: We are trying to pay down debt and are diligently budgeting and staying on budget.

FACT: Looking back at where we were spending money was like taking a drive down restaurant row: McDonald’s, Applebee’s, Moe’s, McDonald’s again, Wendy’s, McDonald’s, well you get the idea.

FACT: All told, we were probably eating one breakfast a week in a restaurant, grabbing fast-food lunch a couple times a week and having dinner out two or three more times. It was crazy.

So, we vowed that we would not eat out for an entire month. An entire, 31-day month. The decision meant no restaurants, no late-night drive-throughs for a big Coke, no mid-afternoon ice cream snack run, not even a single purchase from a vending machine.

It was a complete lifestyle modification.

Quickly, several things became apparent. First, we had to actually eat the groceries we bought. Second we had to plan our meals. That meant even thawing items from the freezer instead of saying, “everything’s frozen, let’s go out.” Third, and perhaps most importantly, we discovered a level of personal discipline that came from making a decision and sticking to it.

Surprisingly, we never caved in, despite occasional urges and the temptations of ordering a pizza or exchanging some coins for a Snickers. We made it, and the results were amazing.

Midway through the month, we realized that our decisions were causing us to gain, but that’s a good thing. We were gaining an appreciation for home cooked meals and even better, we were gaining room in our budget. We found that the $40 we used to spend on one meal could pay for several if we bought ingredients and made something at home.

Oh, we lost too. We both lost weight…she dropped more than 10 pounds during the month. When we realized the health and financial aspects of the plan, we decided that we had put our budget on a diet and our diets on a budget.

To my wife’s credit, each Friday she planned the next week’s meals. We made a trip to the grocery store on Saturday and only bought the items on the menu. Each morning she’d make sure that necessary foods for the evening were thawing and on the days where we had evening activities planned, she made sure the plan called for something quick and easy or a slow-cooker meal that would be ready when we were.

It was really strange. Since we had a plan, we didn’t need to make trips to the store during the week. We ate what we had and only had what we planned on eating. Of course, we planned for some (healthy) snacks, so there was no room for error. I was amazed by watching the level of groceries in our pantry and refrigerator decrease during the week—and on trash day, I didn’t have to throw out expired food that we never ate.

By the end of the month we both had lost weight, felt better and our budget was healthier. Interestingly enough, restaurant food didn’t even sound appealing any more. I’m sure some of the fast food restaurants, though, are going through economic hard times since we’ve stopped our frequent visits.

More than a week after the month had passed, we finally went out to eat. You know what? It was a disappointment. I think I would have rather had something at home.

Les O’Dell is a freelance writer living in Carbondale, Ill. His work can be seen in a number of newspapers, magazines, publications and websites. He is co-author of the popular “He Said, She Said” newspaper column. He can be found on the web at www.lesodell.net. Les is not affiliated or endorsed by LPL Financial. 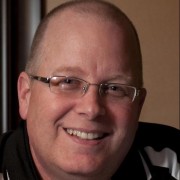 Is It Better to Lease or Buy a Car? How to Make the Most of Your $600 Stimulus Check

6 Financial Goals for the New Year