Over the weekend while attending my town’s Friday night football game, I struck up a conversation with an acquaintance of mine, and we started talking about the market. The fellow I was talking about was a believer in the market, and knew that the current crisis that we are in would eventually pass, and the market would continue to strive as it usually does. What he found most peculiar was with some of the sediments of his fellow co-workers, who were participating in the 401k. His co-worker’s belief was that with the market being as bad as they were, they were going to no longer defer to their 401k, and refrain from taking advantage of the pre-tax contributions into their retirement plan.  They were giving up free money! He was stunned by his co-worker’s remarks, and as equally as I, and compared that to a conversation that I had, with some other workers from another local employer.  It prompted me to write this blog in regards in to things you should not do when it comes to your 401k.

1. Do not stop contributing to your 401k no matter what.

Just because the markets are down does not mean you should not contribute. In fact if there was a time ever to contribute, this would be the time. The simplest reasons is that right now despite the market’s turmoils, currently the market is at a discount, and what that means is that there are a lot of great companies that exist out there, that are currently “on sale”. This is a time to buy stocks, at a cheap price in hopes to benefit from the appreciation in later years. This strategy can also be called dollar cost averaging, which means as long as you are contributing on a consistent or periodic basis, you’ll take advantage of buying shares at a lower price in down markets, and compare that to buying shares at a higher price in up markets, which should then all balance out for a dollar cost average.

If the market has you completely terrified, then consider changing all future contributions to short or intermediate bonds.  At least that way you’re money is making a little interest while the market tries to figure itself out.

While I understand the disbelief in the markets right now to where you want to shift all of your money into the money market, by doing this would be a great mistake. If you believe that making money in the market is to buy low and sell high, then by shifting your money into the money market from your other investments, it would be the exact opposite; buying high and selling low. If you’ve seen your 401k depreciate in the last several months, the only way to get that back is by staying exactly where you’re at. Now, I understand for those nearing retirement, that this can be a compromising situation, but if you visit the rule of 72, meaning that you take 72 divided by the interest rate on your investments, and that will tell you how long it will take to double your money. That also, too, will give you an indicator how long it will take you to recoup the losses that you have incurred. By shifting to the money market, chances are, you are making somewhere in the 2% interest rate, which means it would take you almost 20 to 30 years just to double your money, and to recoup your other money that you’ve lost, would be a great time.

This can be said in an up market or down market, but I had to throw it in there. Borrowing against your 401k is never advisable, especially in a down market. Look to start an emergency fund of some kind so that you can have that to fall back on in case of an emergency. If you don’t have an emergency fund, start one now. There’s no sense in contributing to your 401k if you have to pull it out just pay the bills. 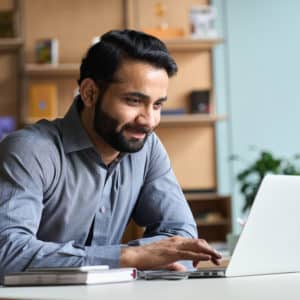 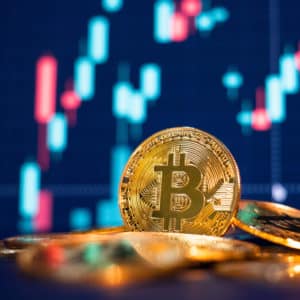 What Might Happen if You Invest $100 in Bitcoin Today?

4 Best Investment Strategies to Know in 2022