Thanks to technology and the internet, there are a plethora of crowdfunding platforms that work as an intermediary to streamline the process. This is part of the reason recent research shows crowdfunding in general is expected to increase at a compound annual growth rate (CAGR) of 16% from 2022 to 2026.

Generally speaking, crowdfunding takes place when you ask other people to contribute small (or large) sums of money to fund a project or a goal. However, the purpose of major crowdfunding platforms varies widely.

If you need to raise money for any reason, comparing crowdfunding platforms is a good place to start. We compared the top crowdfunding platforms out there based on the services it offers, its functionality, and fees. We suggest checking out Kickstarter, LendingClub, Patreon, GoFundMe, and Indiegogo, yet the right platform for you depends on your core fundraising goals.

The Most Important Factors for Crowdfunding Platforms

The best crowdfunding platform can vary based on your goals. The following platforms are ones we have chosen for this ranking based on their reputation, features, and fees.

Kickstarter was originally founded in 2009, and since then, 20 million people have used the platform to fund a project. During that time, $5.8 billion dollars has been pledged, and more than 201,000 projects have been funded.

For the most part, Kickstarter exists to help bring creative projects to life — and to the masses. For example, many have used the platform to help fund the release of a new game they created, a book or a series of books, or a new product that is meant to solve a problem.

With Kickstarter, those who contribute to the project can expect to receive a reward. This reward could be a shout-out on a company website, the product that was funded, a T-shirt, or something else. However, users of the platform can also donate to the project without asking for a reward.

Either way, you can promote your Kickstarter campaign via social media integration and other means. The platform makes it easy for users to contribute online or using their mobile device.

Fees: Kickstarter charges 5% of all funds raised plus payment processing fees of 3% + $0.20 per pledge; lower fees apply for pledges under $10.

Where It Falls Short: Funding on Kickstarter is all-or-nothing, meaning no money changes hands if you never reach your fundraising goal. Ultimately, this means you could spend a lot of time and effort trying to raise money and never receive any of the cash you were able to raise.

Indiegogo was founded in 2008, so it has been around as long as Kickstarter. Both platforms also have the same general goal — helping users raise money to fund their products or innovations.

According to Indiegogo, 10 million people visit their platform every month, during which 19,000 new campaigns launch on the platform. This website is popular for launching tech products, as well as art projects, social impact campaigns, and projects intended to help the environment.

Interestingly, Indiegogo does not have an “all or nothing” rule, so you’re able to keep your campaign funds regardless of whether you reach your goal. However, you do have the option to opt for a “fixed funding” campaign that only releases the money you raised if your campaign is successful.

Fees: Indiegogo charges a 5% program fee on all funds raised, as well as a 2.9% +$0.30 for funds raised in USD. This fee doesn’t include payment processing fees.

Where It Falls Short: Indiegogo offers the same service and fee structure as Kickstarter, but it has less brand exposure and recognition overall.

LendingClub is a different kind of crowdfunding platform because it is geared to people who want to borrow money for a variety of reasons. Its users can borrow money to start a business, but others aim to use their loan funds for debt consolidation or paying for a car or a home improvement project. On the other end of the process, individual investors crowdfund the loan requests instead of traditional lenders and banks.

LendingClub boasts more than three million customers so far, and has borrowed more than $60 million dollars since the company’s founding in 2006. Since you take out a loan through LendingClub, you’ll pay an APR that depends on your creditworthiness and other factors. Investors who fund the requests also earn interest for crowdfunding loans.

Where It Falls Short: LendingClub loans can be pricey due to their relatively high APRs and their origination fees. If you need a lower cost option, consider personal loans from online lenders.

Patreon is unique among crowdfunding platforms because it is more of a membership platform than a fundraising platform. Content creators can create their own communities of paid users who pay a monthly membership fee in order to hear from them or experience their art. Although anyone can use Patreon, current users include podcasters, musicians, artists, political commentators, journalists, and more.

The goal of using Patreon is to create a recurring income stream with your membership. Obviously, you’ll earn a lot more over time the more you can charge each month and the more members you get to join your Patreon club.

Fees: Fees for using Patreon range from 5%, 8%, or 12% of your monthly platform income  depending on your plan. Payment processing fees are charged separately.

Where It Falls Short: There are more lucrative ways to build a community and monetize your own content, including starting a blog. Plus, you do not own your membership community on Patreon.

GoFundMe was originally launched in 2010, and it has grown by leaps and bounds by then. Over the last decade, this platform has helped to raise $9 billion dollars across more than 120 million separate donations.

Unlike some other crowdfunding platforms, people can (and do) use GoFundMe to raise money for whatever they want. Common reasons to launch a GoFundMe campaign include raising money for medical expenses or emergencies, fundraising for funeral expenses, and building up scholarship funds.

GoFundMe does ask you to create a goal for your campaign, but you get to keep all funds raised (minus fees) regardless of whether you reach your goal. Like other crowdfunding platforms, GoFundMe also makes it easy to share your message and campaign with social media integration, emails and texts, and a dedicated website page for your cause.

Fees: Personal campaigns and campaigns for charity come with a 0% program fee, although a 2.9% + $.30 fee per transaction fee is charged.

Where It Falls Short: This platform is more for raising money for specific causes and charities instead of raising cash to fund a new project or innovative idea.

How We Found the Best Crowdfunding Platforms

First, we only chose crowdfunding platforms that are upfront and honest about the fees they charge and when. Each of the companies we highlight in this guide has a dedicated webpage that shows pricing for using their platform, transactions, and more.

Successful crowdfunding requires access to tools that make sharing your campaign a breeze. That’s why we only chose crowdfunding platforms that link up to social media and email for easy sharing.

Users may be hesitant to donate using a website they have never seen or heard of before. As a result, we gave a premium to crowdfunding platforms that have brand recognition and the most trust from consumers.

Finally, we looked for platforms that make it easy for users to receive funds raised with their campaign. Platforms featured in this guide offer direct access to funds via a bank account.

What You Should Know About Crowdfunding

Although raising money online can be crucial to your business success, or to cover any number of emergencies that have cropped up in your life, there are plenty of details you should be aware of before you select a platform. The following facts can help you decide if crowdfunding is right for you. 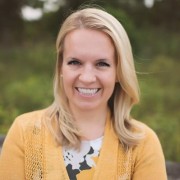 Holly Johnson is the founder of Club Thrifty, a personal finance and travel resource geared to families who want to make the most of their incomes while seeing the world.

She is also the co-author of budgeting book Zero Down Your Debt: Reclaim Your Income and Build a Life You'll Love. The book explains the step-by-step process behind zero-sum budgeting, which is the type of budget Johnson and her husband used to pay off debt in their 20's so they could begin building their investment portfolio in their 30's and 40's.

Before beginning a career in personal finance, Johnson worked in the funeral industry alongside her husband Greg. She attended Ball State University in Muncie, Indiana, and she was given the Best Contributor/Freelancer for Personal Finance at the 6th annual Plutus Awards Ceremony in 2015.

Johnson is an investment expert who built and manages her own seven-figure portfolio, and she frequently writes about various investment strategies as a result. She also covers credit cards, loans, insurance and other banking topics for publications like Forbes, CNN Underscored, U.S. News and World Report, Bankrate, and more.

How to Make Money While You Sleep 😴

How to Invest in Digital Real Estate: Develop your brand