We’ve all had those fantasies of getting into a DeLorean and going back in time. We think about all the little changes that we’d make in our lives. If you’re like me and have invested in the brain, then maybe you wish you would have gone back in time and started investing earlier.

This is exactly what I was thinking when I had a chance to meet with the son of one of my friends. Her son had recently turned 16 but had been mowing lawns “since he was a kid.” Haha. The son had talked to a cousin recently who had told him about how he needed to start investing. Intrigued, he told his mom to contact that investment guy that she had mentioned in the past. In case you’re not sure who he was referring to, that investment guy was me. If you are ready to begin your investing journey, make sure you check out our guides such as our Online Investing for Newbies for your reference! There are not many things that excite me more (with the exception of In-N-Out Burger) than seeing a young investor get started for the first time. The fact that this investor was the ripe age of 16 makes it that much more exciting. With any new investor, I walk them through the process of explaining what a stock is, how that relates to a mutual fund, and how easy it is to get started investing by buying mutual funds. One tool that I use is Thomson Reuters which is a database of almost 30,000 different mutual funds that exist. One mutual fund that I use for hypothetical purposes is not the best mutual fund in the world. In fact, it’s an average mutual fund and by average I mean that when you look at how it compares to other mutual funds in its peer group it’s been pretty middle-of-the-road. I like showing this mutual fund, for two reasons: In this hypothetical scenario, since the 16-year-old only has $500 that’s what we’ll use for this example. When looking at the illustration, you’ll notice charges. That’s because in this example we’re looking at A Share, otherwise known as load mutual funds. Now you might be gasping and asking, “Oh my gosh, why is he showing a loaded mutual fund?” Please keep in mind that back then load mutual funds were very common. Load or no-load aside, you should get a good sense of what the power of compounding interest looks like and how the impact of investing $500 means a lot – especially when starting at that early age. The time machine is steaming, watch your head as you enter under the falcon wing doors, and let’s take a trip back in time. Don’t worry, I’ll bring you back safely. You have enough plutonium, right?  😉

In 1970, I show investing $500 with total upfront charges of $29. After a years’ time, the mutual fund averaged 5.15% for a total end-of-year value of $495 so after one year, after paying sales and commissions, he’s down $5. Not too exciting, especially since he could have put it in the bank and made a lot more. Moving on to the next year.

Now the fun begins. Okay, not really that much fun, but we get our first true taste of a bear market. In 1973, the fund was down 33.75%, #ouch. People hate losing money and now imagine you’ve been investing for four years and after seeing some modest growth you are now down $62. Most people agree that this is not what we hoped or expected from investing in the stock market. This is a big reason why most people don’t invest in the market because they have a very short-term perspective. I explained to the investor that if they were concerned and came to me that I would suggest for them to stay the course and to stay invested and let the market do its thing. Let’s see what next year holds.

If you decided to stay the course then kudos to you. You’ve done what most people can’t. The stock market is one of the only few places that when things go on sale, nobody wants to buy; when there is a clearance sale, instead of flooding to the store people are running away in mad hordes. This investor – who started with $500 saw it climb to $661 only to see it drop by over 50% in the next two years – would’ve seen almost a complete recovery back to their original investment amount if they held on just for another year. At the end of 1975, the total value is now $471. The one thing I don’t want any of you to discount here is think about how long five years really is. Could you wait five years to see your investment basically go nowhere? Would you actually have confidence in the stock market? Would you have confidence in your financial advisor and their investment recommendations? Based on prior experience, I would make an educated guess that 99.9% of you wouldn’t, and that’s why most people aren’t defensible investors.

Prior to revealing the 1975 return, this is where I like to ask the individual sitting across from me – which is the same thing I asked the 16-year-old – is what would you hope would be your total value after 10 years? Essentially, what would you hope to have in 1979 – in 10 years of being vested in the stock market? Actually a majority of the time, most people would be happy to make their money back. Some like to see at least a $100 or $200 gain from their $500 investment.

For those who want to just get their money back, as I’ve already shown in 1975, we’re almost there. Now if we fast forward until 1979, exactly 10 years from when we started, you can see that the total value is $1302. We’ve almost tripled our original investment. Was it a roller coaster ride getting there? Absolutely. Once again, it just shows the importance of having time in the market, being patient, and letting the market do its thing.

If we keep playing this scenario out over the next 35+ years, we can see that the value grows from a starting point of $500 all the way to $68,684 for an average annual rate of return of 11.49%. Not too shabby for a $500 investment that you just let sit as a mutual fund. This 16-year-old was ambitious and I could see him salivating over seeing his $500 grow to be a very large number in his eyes. Remember, this kid mowed lawns and did landscaping on the side. The next chart I showed him was taking that $500 and then adding $25 per month. By simply adding $300 per year over the exact same timeline, the amount grew from $68,000 all the way up to $520,000. Another part that I use to help drive the point home is that the money that he actually invested was only $55,194. Everything else was dividend, interest, and capital gains. A $55,000 investment over the course of 45 years grew to an astronomical $520k. Calling Out the Skeptics

I can hear many of you now thinking, “Okay Jeff, but the market doesn’t average 11.94% like it used to.” That’s a fair argument, but also keep in mind investing in the S&P 500 at the time of this writing has returned 7.71%. Well that’s considerably less than what this fund returned. At least it gives us some type of ballpark range to consider. The final thing I like to point out to people is the $500,000 in this example is a lot of money. We very may well never get close to having those type of returns. That being said, what if I was half wrong meaning that instead of having $500,000 we only have $250,000? That’s still $250,000 from an initial investment of $500 plus $25 per month. That’s still huge and will set this kid apart from 98% of his peers. The moral of the story is start investing, let the markets do their thing, and let time be on your side. If you haven’t started investing yet, check out great online platforms like Ally Invest and Betterment. Don’t put off investing and kill your ability to watch compound interest work its wonders. Cut through the excuses, and start investing something – even if it’s a small amount. Check out 16 Ways to Invest $100. Just about everyone can afford to invest 100 bucks, feeling adventurous, check out 7 Smart Ways to Invest $1,000! Now you might also be thinking, “I’m not 16 years old, Jeff. I’m about 10 years from retirement.” I feel you. Instead of giving up, there’s so much you can do to better your finances. Read 10 Years from Retirement at RetirementByJeff.com. I’ll walk you through the problem of having a lack of time! I encourage you to invest something – what you reasonably can – toward a better future. Who knows, maybe later today you’ll meet your future self thanking you for being smart and investing more for the future.  😉 This post originally appeared in Forbes.com. 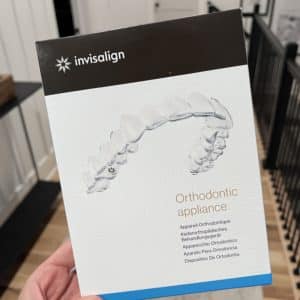 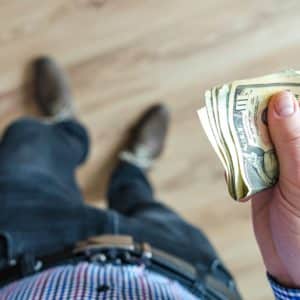 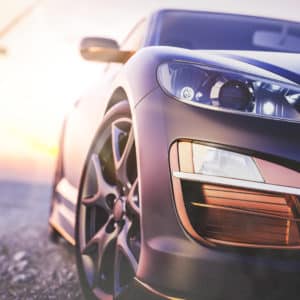 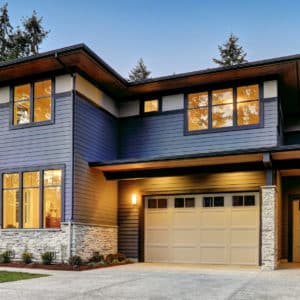