Let me say up front that I have excellent experience with Lending Club as an investor. My relationship and experience with them have been overwhelmingly positive. However, I’m aware that not everyone has had such pleasant exchanges with the site. And in the interest of providing reviews of various financial service providers from both a positive and negative angle, I’m focusing this review specifically on Lending Club complaints.

They’re out there – mixed among the many positive reviews and commentary about Lending Club that are all over the Internet.

So let’s take a look at the dark side, and see what some are saying who don’t have such a positive view of the company.

What the Better Business Bureau Reports

We should note before getting into the specifics of complaints against Lending Club through the Bureau, that BBB regards Lending Club very highly. Lending Club has been accredited by BBB since January, 2008, and they give them a rating of A+, on a scale of A+ to F, which is clearly their highest rating.

Here are the reasons for that rating:

They further go on to state the following:

“BBB has determined that LendingClub Corporation meets BBB accreditation standards, which include a commitment to make a good faith effort to resolve any consumer complaints. BBB Accredited Businesses pay a fee for accreditation review/monitoring and for support of BBB services to the public.BBB accreditation does not mean that the business’ products or services have been evaluated or endorsed by BBB, or that BBB has made a determination as to the business’ product quality or competency in performing services.”

We can interpret the BBB rating and comments on Lending Club to be a clear indication that, despite the fact that numerous complaints have been filed against the company through BBB, the bureau nonetheless considers Lending Club to be in the top echelon of service providers in the community.

With that in mind, let’s take a look at the complaints. A total of 138 closed complaints are listed on BBB in regard to Lending Club.

They break it down as follows:

I sampled about 20 to 25 of the complaints, all of which were satisfactorily resolved, and found that each complaint was about something different. That is to say that there were no common themes among the complaints, that might point to some sort of system-wide flaw in Lending Club’s operation.

Most of them seem to point to a misunderstanding of fees charged. I have a pretty good knowledge of the fee structure on the platform, and my guess is that in most cases it was a matter of borrowers not paying attention to exactly how Lending Club works and even one that completely misunderstood the folio program.

Considering the thousands of people who transact business with Lending Club, 138 complaints on various issues is to be expected, particularly since those complaints go all the way back to 2013.

Whether they are accurate or not, websites have popped up all over hosting criticisms of various companies. The dead giveaway is often found in the name of the site. It might be something like “LendingClubIsARipoff.com” or “BurnedByWalmart.com”. Those are of course fictitious names, but I hope you get the point.

I’m a little bit leery of such websites for a few reasons:

This isn’t to say that I don’t think any complaints showing up on these sites are legitimate. Some almost certainly are, it’s just that they are buried by the din of complaints by people who mostly seem interested in sounding off.

One site and I came across in regard to Lending Club is one called ComplaintsBoard.com. Just the name makes it obvious what kind of consumers they are going to attract.

Most of the complaints listed on the site related to pre-approvals that were not followed by actual approved loans from Lending Club. This is a common practice in the lending industry, and I have no doubt that this is the case with Lending Club as well. Guilty as charged!

Other complaints included requests for extensive documentation, which is another characteristic of the lending industry that borrowers don’t completely understand. Origination fees are also a common complaint. People are incensed that they have to pay them, even though Lending Club makes it clear on the website that these fees are charged on virtually all loans.

There is another report on Lending Club on a site called Ripoff Report (what did I tell you about those website names?). The article starts out with a convincing sounding case against Lending Club, and if you only read the first few paragraphs, that’s the impression you will come away with.

But by the end of the article, the reviewer makes it clear that his experience came as a result of a scammer was posing as a Lending Club representative, but was actually not affiliated with the company. In fact, Lending Club doesn’t even make loans in his state!

What CBS News Had to Say About Lending Club

This review actually took place back in late 2013, but I’m including it because it specifically focuses on the investment side of Lending Club.

The article – The Lending Club – a critical review – chronicled the experience of Alan Roth, who invested on the site. This was the gist of his primary complaint:

“Yet, between September 7, 2012 and the end of March 2013, my Lending Club statement shows I earned an annualized yield of 11.08 percent…the 11.08 percent annualized return was pure fantasy, and that fantasy applies to the whole group of Lending Club investors. See, my $121.38 profit included $100.22 of principal and interest from four delinquent notes. If I excluded delinquent loans, I calculated my annualized return to be about 1.60 percent. Less than a month later, two of those notes went into default and suddenly my 11.08 percent annualized return dropped like a rock…(Lending Club officials) acknowledged the fact that delinquent loans are not written down in value until they default and that until then the full value (minus missed payments) is part of the calculation of overall investor returns. I do think that Lending Club is overstating investor return — and probably significantly.”

I’ve had an investing account with Lending Club, and my returns were much closer to those reported by Lending Club. They were certainly better than the 1.6% that the CBS News article reported. I can’t say that I agree with the writer of the CBS article.

Another source of validation in favor of the higher returns on Lending Club comes from Larry Ludwig at InvestorJunkie.com. Larry is one of the most objective people on the web when it comes to reviews, largely because investing is what he covers. Late in 2015, Larry reported the following:

As a postscript to the CBS News report, I should add that Allan Roth indicated near the end of the that he might continue to invest on the platform nonetheless. That sounds a whole bunch more like an endorsement than an indictment of Lending Club.

If you do a web search to investigate complaints against just about any company, you will come up with a long list of websites. I think this is part of the natural tendency of people to complain a lot more than they compliment, and to yell a lot louder when they do.

Yes, there are a large number of complaint sources on the web, but there are far more sites and reviews that are highly complementary of Lending Club and the way they do business. My own first-hand experience as an investor is an example. I just don’t have much to say about Lending Club that’s truly negative.

It also seems that many of the complaints originate from people who are looking to borrow money on Lending Club, and were either denied, or did not get the rate or terms that they expected. But it’s not unusual for people to apply for loans, and then to be dissatisfied with how the arrangement worked out. In many cases, borrowers and lenders are just natural enemies.

There are complaints floating around about Lending Club, and I’m not recommending that you ignore them. But at least from an investor standpoint, you can test the waters with a small amount of money, before committing larger sums. The opinion that matters most is your own, and Lending Club does give you the ability to develop that before you plunge in fully.

What is your opinion about Lending Club or the other peer to peer lending sites? Do you have any substantial complaints about the service? 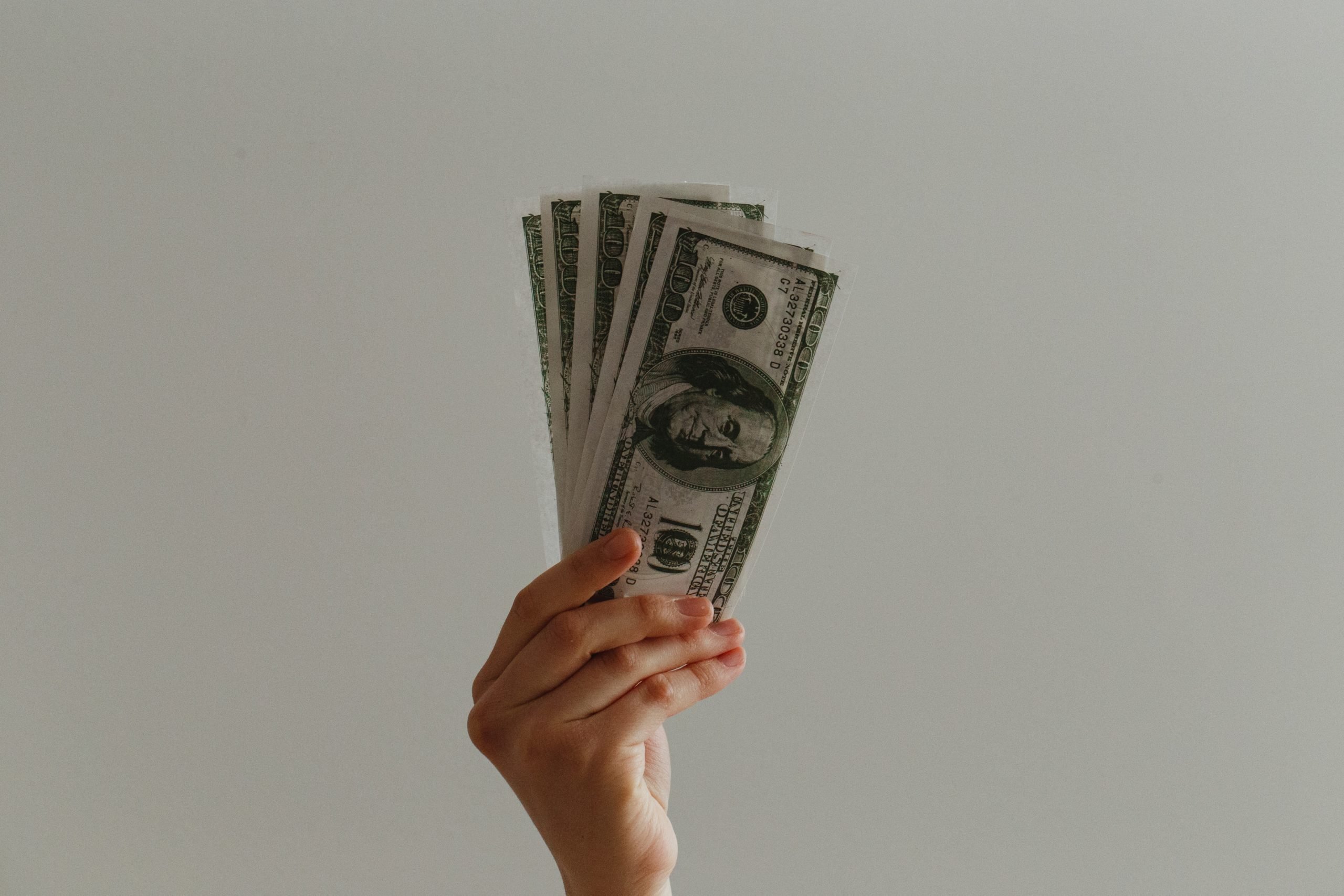 The Ultimate Guide to Investing in Yourself — And Roadblocks to Avoid