We all have them, those moments in our lives where we are presented with a crossroad.

Where each path has the potential to lead us into a totally different result.

We all wish that we could fast forward to see which path is the best option, but, unfortunately, the only way to find out is to choose one.

I had to make one of those decisions early on in my career.

One of my earlier meetings in my career was with a gentleman who had an entrepreneurial spirit.

He could see that in me as well, and had suggested that I check out the book “Rich Dad, Poor Dad” by Robert Kiyosaki.

I can’t remember if I’d heard of the book at the time, but I was definitely intrigued.  It was a time in my life when I would read any type of inspirational story and soak it up like a sponge!

If you’ve never heard of “Rich Dad, Poor Dad”, the concept is this:

The author, Robert Kiyosaki’s father was extremely hardworking and stressed the importance of going to school, getting a degree and getting a good job.  The other dad in his life was his best friend’s father, who was an entrepreneur and who had never graduated from college, but still found ways to make a very, very good living.

As a child, Kiyosaki battled as to which dad had the better advice before finally realizing that his friend’s dad was not only much more successful, but also much happier in life.  So Kiyosaki defaulted to his viewpoint.

Reading that book, I had no idea that I would find myself in a similar experience. 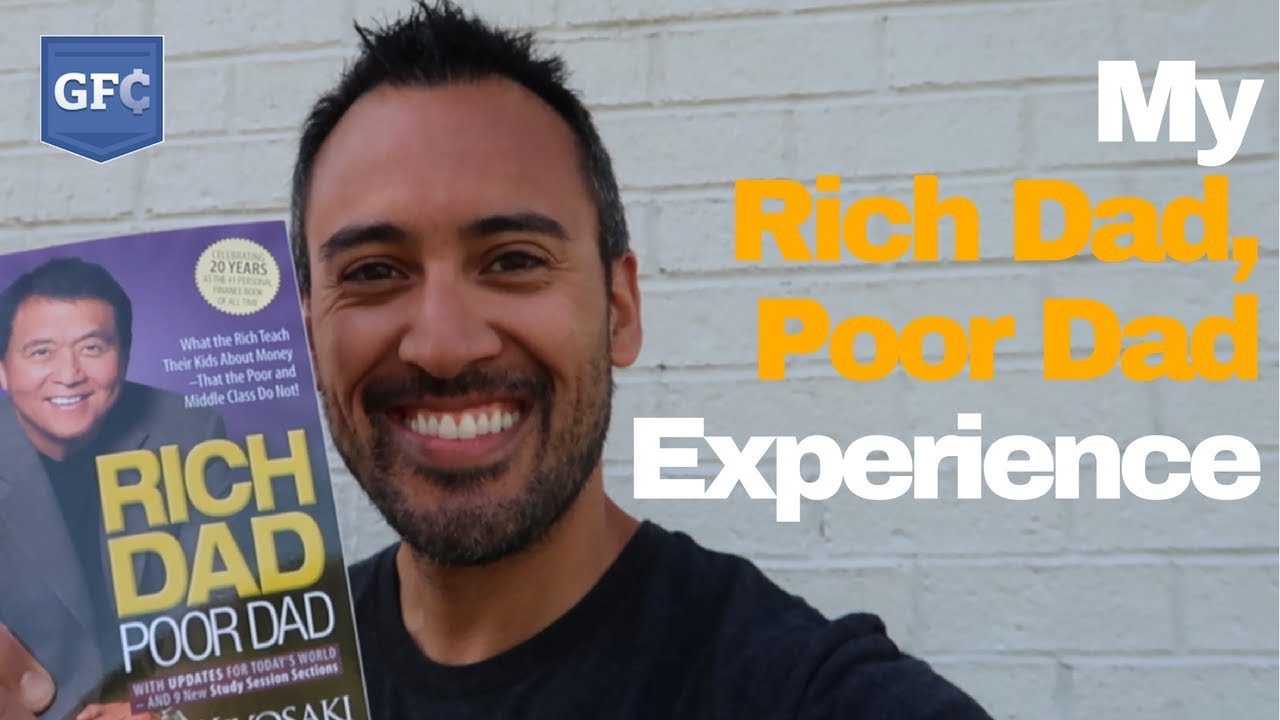 When I first started my career as a financial advisor, I was hired as a junior broker.  That means I got paid practically nothing in salary – a whopping $18,500 a year – and then everything else I did was paid through a 50/50 split of commissions and fees with the advisor who hired me.

Yes, I got paid dirt, but at the time, I was thankful to have a job.  We were just coming out of the tech bubble, and new jobs were hard to come by.  Getting in the business at a young age, I was comforted knowing that I had a base salary to depend on, but I also relished the idea of having the potential for unlimited income.

The initial arrangement between my hiring advisor and myself was that I would go out and find “fresh meat” in the form of potential new clients, whether that be through cold calling, seminars, trade shows, or networking; basically, I was throwing anything against the wall and hoping it’d stick.

Once I found a potential prospect, the goal was to bring them into the office,where the senior advisor would then conduct the meeting and essentially close the sale.  For the first couple of months, the arrangement worked really well.  But somewhere along the way, I got more confident and before I knew it, I was not only attracting new clients, but I was also closing them.

The advisor that had hired me had good intentions of having a system in place, but we didn’t do a very good job of acting that system out.   Anyone who has ever been in sales knows that if there is a prospective client wanting to meet with you, you meet with them, whether it’s at the office, at a local coffee shop or at their home – and you do it when it’s convenient to your prospective client!

About halfway through my first year of being a junior broker, it was almost as if I was on my own.  I didn’t really need help from the senior broker, other than just to run a few different scenarios by him.

As my first year came to an end, my senior advisor had very little to do in the client acquisition process.   As the year was concluding, we started to re-evaluate our arrangement.  I remember it was a Friday afternoon, and he called me into his office.  This was one of those meetings that I will always remember the rest of my life.

We talked a little bit about how the arrangement had worked out and how, as his practice had grown, he felt that he needed more of an administrative assistant than an actual sales associate or junior broker.  He then told me he felt that I had done a superior job and that I didn’t need him anymore.  And although he would love to keep me on his team as his administrative assistant, he knew that it wasn’t in my blood.  He knew that I needed to be my own advisor.

So he made me the following offer and choice:

He told me to take the weekend to mull over the decision.

Part of me already knew what I was going to do, but like any good son, I sought counsel.  Over that weekend, I called my dad and my step-dad to see what they thought.

First a little background on each:  My father was a lot like Robert Kiyosaki’s.  My father had always preached to me to go to school, get a degree and find a good job; work hard and you’ll be successful.  On the other hand, my step-dad also went to school, but instead of trying to find a safe, cushioned salaried job, he was always in sales.  His belief was it’s always up to you to find out how much you can make.

Knowing that they both had different points of views, I thought it would be extremely helpful to hear both sides.

When I explained the two options I had, salary versus uncertainty, my dad suggested I take the salary.  His rationale was I would have a stable, predictable income, and that I can gain some valuable work experience (remember, I was only 23 at the time) and after a few years, I’d feel more comfortable to branch off on my own.

When I called and explained the options I had to my step-dad, I heard a much different point of view.  He was thrilled at the idea of me being my own boss, and having some potential to truly make some serious money and have fun doing it.  He knew this was my passion, and he had all the confidence in the world that I would be successful.  I will never forget how excited he was for me.

When I think about my experience, and I think of Robert Kiyosaki  having the same experience of consulting both his dad and also his best friend’s dad on what direction to go, I feel like we were walking in the same shoes.  It didn’t take long to figure out what the decision was.

I was excited to share my decision, and Monday couldn’t get there soon enough!  When the moment had finally arrived, I remember walking into my boss’ office, excited to share with him what I had decided.

It was time to take control of my destiny; it was time to become my own advisor.  I don’t think that he was surprised at all with my decision.  I think he already knew which direction I was going before I even walked out of his office on Friday.  Sometimes you just have to take a chance, follow your gut and just go for it.

Have you had a tough life decision that you had to make that you knew would impact your life?  How did you make the decision?  Do you have any regrets?