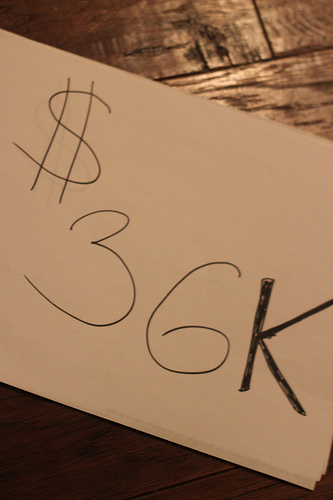 It all started in July 2008, when my blog, Good Financial Cents, was born.

I’ve always had a passion for educating people on the basics of investing and financial planning and I took that excitement to a whole new level with the creation of the blog.

I was fortunate in the sense that I had recently gone independent and after some convincing, my new brokerage firm allowed me to start blogging.

What was unfortunate at the time, was that I was a Series 7 Registered Representative, which basically meant that I could receive commissions off the sale of  certain investment products.

Even though my Series 7 only accounted for a fraction of my overall business, I still fell under full regulation of FINRA (Financial Industry Regulatory).

What does that mean?

Being under full regulation of FINRA essentially means that to publish a blog post, video, or do anything on my site, everything had to be run through my compliance department first.

That meant I would write the article, fax the article along with the submission form to compliance, then wait for the e-mail approval to publish the article which would take between three and seven business days, print off the approval to keep in our branch file, and then make any changes before publishing.

I had to get approval for every single article I published on my site.  At the time that was over 800 articles!

Imagine trying to keep track of that.  I promise you it’s not fun.

What made the blogging aspect even worse was that it was hard for to have a voice.   My blog articles always had to be “balanced” and I was forbidden from making remarks such as

“I love the Roth IRA and I think it’s one of the greatest things ever created!”

“I encourage every investor to consider the Roth IRA as part of your investment plan”.

Needless to say, running the blog was a time consuming process when you add in the time to manage compliance issues!

For over two years, I was doing it this way, and strongly envious of my registered investment advisor counterparts who could post to their blog freely because they had dropped their Series 7 securities licenses.

I ain’t gonna lie, I was jealous!

I had to get permission to say what I wanted to say. And that ain’t cool.

What sent me over the edge?

In addition to my blog being heavily monitored and regulated, so was my social media presence. That was Twitter, Facebook, LinkedIn, YouTube and anything else in the social media space. 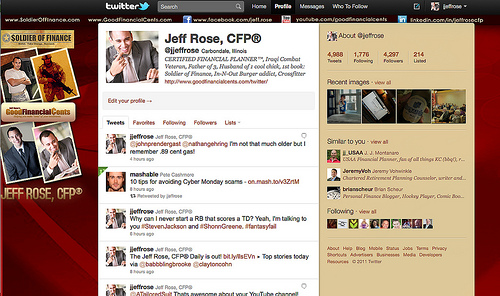 When I started on Twitter, I had to get my Twitter profile approved by compliance. It was approved and in a conversation I had with my old compliance officer, she told me to

“Just be careful of what you tweet or post on Facebook. As long as you stay within the same guidelines as your blog you should be okay.”

I took her advice to heart and for the next year plus, I was Tweeting and Facebooking up a storm!

In July 2010, my brokerage firm put out a notice that stated if advisors were going to be on Facebook and Twitter, that everything must be pre-approved before being published.

I read that and literally almost puked.

That couldn’t be right, could it?

Or if somebody were to message me on Twitter and I wanted to @reply them, I’d have to submit my response to my compliance department and wait for their approval before I could speak?

No, there’s no way that that’s how it could be, that’s insane!

Unfortunately, it may have been insane, but it was the reality. In a call with my new compliance officer, she revealed to me that my darkest fears were true: all social media communication would have to be pre-approved.

Trying to talk some sense to them, I presented them with the following scenario:

Let’s pretend that it’s Friday evening and that my family and I are going to Applebee’s for dinner, and I want to get on my Facebook page while I’m at dinner to say,

“At Applebee’s with the fam having a great time.”

The pre-approval requirement for social medial communication would mean I would have to wait until Monday morning, the next business day, type up that exact Facebook update, fax it off to my compliance department, then wait three to five business days for them to approve it, and then as long as they approved it – I could publish on my Facebook update about a week after the fact I went to Applebee’s with my family?

Her simple, one word response, was “Yes”.

I can’t remember all the emotions that were going through my brain at that point in time, but I assure you none of them were good. I couldn’t believe it.

I wanted to argue. I wanted to yell and scream, but I knew it would get me nowhere. I knew this was a corporate decision and even though they felt they were doing the right thing for their advisors, from my point of view they were absolutely wrong.

*I guess I should say in their defense, they have now released an archiving program that does allow all social media updates to be archived, which then allows their advisors to not tweet or update Facebook without prior approval.

I should also mention at the time of this conversation, I was already doing that. I had already hired an archiving service, paying them $50 a month to archive all my social media content even though they never had advised me to do so, but I thought it would be a wise decision on my part to do it.

When I got off the phone with my compliance officer, I knew it was time. I knew there was no way I could operate in this capacity and still function and still be happy. I 1000% believe that social media and anything online is not just the way of the future, but it is the present – and if I want to continue to grow strategically then I need to have the free reigns of a traditional entrepreneur. It was time to let loose and start my own RIA (Registered Investment Adviser).

I don’t want to bore you with the details about the research I started to figure out what my options were, but ultimately what needed to be done was to form my own registered investment advisory firm (Which I did: Alliance Wealth Management, LLC). I needed to drop my Series 7, eliminating my ability to earn another commission ever again.

As I mentioned earlier, almost 90% of my business was already fee-based, but I did have a percentage of income that came through commissions that could only be earned if I had a Series 7. In the financial industry, we call this a “trail”.

Based on the trails I was receiving, I was getting ready to give up approximately $36,000 a year gross revenues by making the switch. Before you start thinking I’m a multimillionaire and $36,000 doesn’t mean a lot to me, I assure you it does.

I’ve been building my business for over ten years and to give up that amount of income just for the sake of me getting on Facebook and Twitter was a tough pill to swallow. As you can imagine, it was an even harder pill for my wife to swallow!

It’s not a decision I made overnight, but it’s one that weighed on my heart heavily. I’ve always believed if you have the potential or the capabilities to do what you love, to do what you’re passionate about, to be able to wake up in the morning and go do what your dream is, then you have to go after it.

I knew I would be losing out on a significant amount of income, but I also knew that with the freedom that I’d have forming my own RIA, not only to market my financial planning business but to derive additional income from my blog, that I would eventually make up for it.

So, I pulled the trigger.

I finally made the decision in January of 2011, to just go for it. I knew in my heart it was what I needed to do. To make this transition, I wanted to be sure that I didn’t just give up on the clients I had worked with for years, and the relationships I had established just for the sake of my dream. I wanted to make sure that my clients would be taken care of when I made this leap.

The clients I had through the trail part of my business were moved to one of my former partners, who works in the same building with me.

I felt good about this decision and knew this person would take good care of these clients so that I could focus on building my business the way I wanted to.

At the end of the day it was all about freedom. And now have full control of my destiny and I wouldn’t have it any other way 🙂

Have you ever make a bold step to follow your dream?   How big of a chance was it?  What finally prompted you to make the move? How to Make Money While You Sleep 😴 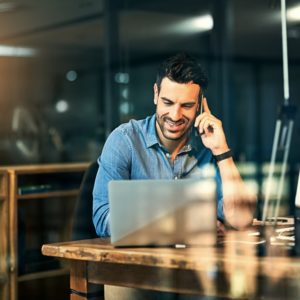 How to Invest in Digital Real Estate: Develop your brand