Mortgage Rates are Rising – Should you refinance before it’s too late?

Several surveys made the news this last year showing that, despite historically-low interest rates, 74-78% of mortgage holders chose not to refinance. This is despite the fact that, according to a survey by Zillow, close to half of the homeowners who refinanced saved more than $300 a month. Given that interest rates won’t remain this low forever, why are the majority of homeowners sticking with the mortgage they have? Should you?

To refinance or not to refinance is an evergreen debate, but there is a particular urgency right now. As I said, interest rates are at a historic low – but there is some indication that may not last. The market is at an all-time high, but inflation is rising. If inflation continues there is reason to believe the Fed will raise interest rates which, in turn, is almost guaranteed to raise mortgage rates. While no one knows for certain what will happen, a recent survey showed most economists believe rates will rise sooner rather than later.

There are many reasons homeowners choose not to refinance, some valid, others a little less rational. The top five reasons homeowners did not refinance were: they wouldn’t save enough, the closing costs were too high, they felt there was too much paperwork (we get it), they were planning to move or fully pay off their mortgage, and finally, their credit score was too low.

This list resonates with our experience interviewing homeowners at Fortunately. People are not wrong; refinancing is a pain in the butt. The research, negotiations and paperwork take up a material amount of time. You have to be very dedicated to pursuing the process – and no matter the savings on the other end, the process might not be “worth it” to you, especially if you refinanced sometime in the last 18 months and don’t want to go through it all again.

The other reasons on the list – not being able to qualify due to a low credit score or holding off because of future plans – make much more sense. Sometimes the timing isn’t right to refinance, especially if you have big life changes coming up, like selling your home.

For everyone else though, we suspect they haven’t fully considered why refinancing is a great idea, especially given not just the monthly expense but also the opportunity cost of those relatively higher monthly payments. Remember, every extra dollar you are paying in interest on your mortgage is a dollar you could be investing in the stock market.

So how do you know if refinancing is right for you? We wish there was a simple answer, but it warrants a little investigation. Thankfully, we came up with a straightforward decision matrix to help guide you.

First: How soon do you want to pay off your mortgage?

The first order of consideration in refinancing is when you would like to be finished with your mortgage. People generally assume that refinancing extends the timeline – which can be true, but not always. For example, if you have 18 years left on a 30-year term, you might be able to refinance to a 15-year mortgage, pay less per month, and pay off your mortgage earlier. Also, we want to challenge the assumption that adding time to your mortgage is bad! Restarting the clock doesn’t mean you give up equity or are a failure. In fact, keeping a low-interest balance on your mortgage for as long as possible can be a wise thing to do, as outlined in this article. So throw out the “shoulds” and instead crunch the numbers.

Second: What is the break-even cost of refinancing?

No matter how great a deal you get, there will always be a cost and time commitment to refinancing. If you refinanced recently, rates would need to drop a meaningful amount before it becomes worth it to refinance again. And, if you plan on moving soon, maybe hold off, because you aren’t likely to pay off your closing costs. If you’re planning to move in the mid-term, consider refinancing into a 5-year ARM and lock in a lower interest rate. Again, deciding whether or not to refinance, if you can, is all about getting into the actual numbers and there are a number of tools that can help.

Third: What else can you do with the money you save?

As we mentioned above, “crunching the numbers” doesn’t just mean calculating how much money you save every month if you refinance – it also means evaluating what else you do with that money. In other words, what is the opportunity cost of putting that amount into your mortgage? For example, could you get a better rate of return if you invested the money you save in the stock market? Or, would having some extra monthly cash flow allows you to pay off other, higher-interest debt? You can always choose to pay down your mortgage later. But, if you get stuck in a situation where, for one reason or another, you can’t make your monthly mortgage payments, it’s hard to get the money you’ve already put into your home back out.

Every situation is different and refinancing might not be right for you. However, that doesn’t mean the opportunity to capitalize on historically low interest rates is lost. Depending on how long ago you got your mortgage, your financial situation, and which institution you worked with, you may be eligible for a loan modification. Call your loan officer and they will be able to tell you if this is an option. Loan modifications can have all the benefits of refinancing with significantly less paperwork than a full-fledged refinance.

Finally, no matter what, make sure you shop around. We encourage you to consider different types of mortgages and different institutions. Don’t be afraid to compare options and negotiate for better terms. Gathering a few offers from different lenders will take less time than you think and might save you more money than you thought possible. 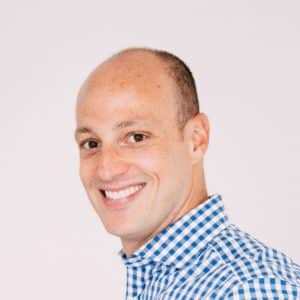 Seth loves numbers, optimization, and personal finance, all of which led him to co-found Fortunately.io - a website that uses data to provide simple answers to challenging personal finance questions.

How Much House Can I Afford?

4 Primary Mortgage Types for All Buyers

8 Ways to Save Up the Down Payment for a House

The Home Buying Checklist: Your Guide for 2022