Sell them what you want, not what they need.

Unfortunately, this happens A LOT in our industry. 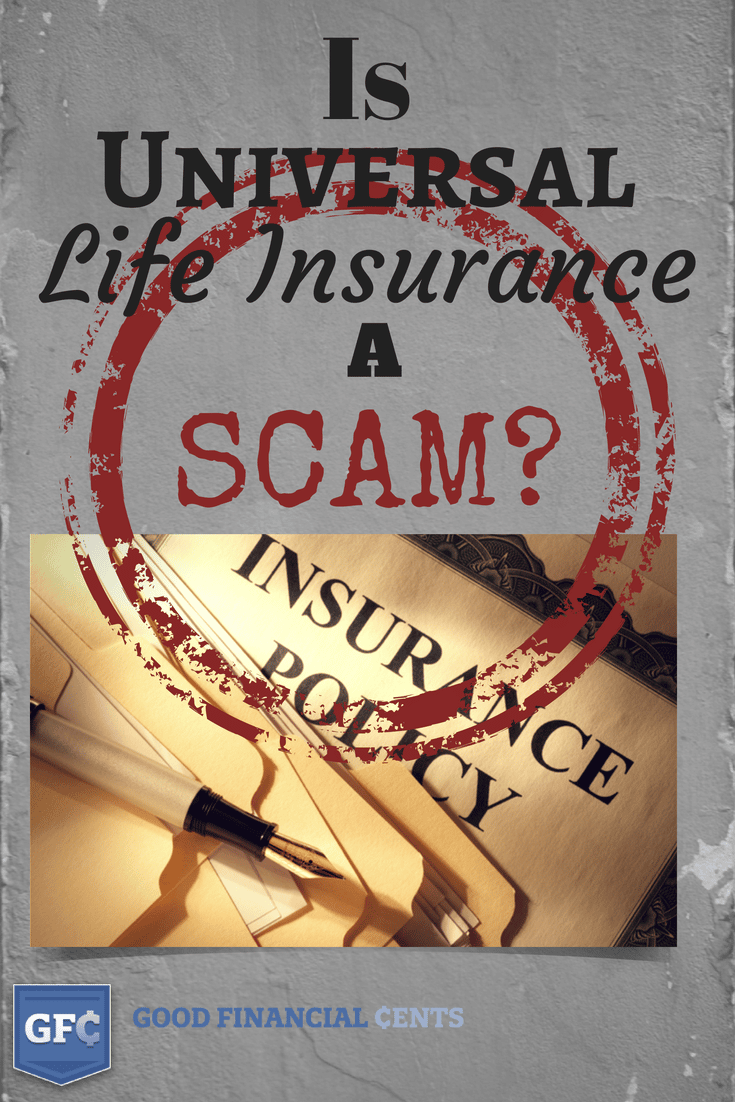 Shady financial advisers will sell mutual funds, annuities, REIT’s, cash value life insurance — basically anything that might make more sense for them (in the form of making a commission) instead of the client.

This seems to be the case in almost every universal life insurance situation I’ve ever come across.

It’s often touted as a “great investment,” offering things like tax-free money just like a Roth IRA, guarantee of principal, on and on and on.

If you’ve been a reader of the blog, you’ll know I’m a firm believer that in the right situation, a financial product could work, but just like I see annuities being used inappropriately, the same applies to universal life insurance types.

A recent prospective client encounter illustrates that too perfectly.

Both husband and wife are currently in their early 40s, and they don’t have a lot in savings.

The husband had a good government job, but was forced to resign, and is currently working part time. They have little to nothing saved in retirement, and much of their past savings had been depleted helping out an ill family member.

I asked the clients why they took out the universal life policy to begin with, and their response was that the husband wanted something that would take care of his wife if something happened to him.

The term policy works perfect for this. The universal life also does this, but is MUCH more expensive.

He was paying $101 a month for the universal life policy and $88 a month for the 20-year term policy. If making sure that his wife was taken care of was his goal in taking out both policies, then in my opinion, the advisor fell short. The client could have purchased a much larger term policy and used the difference to start funding their retirement. The agent was trying to sell this policy as an investment for later.

Here’s where it gets even worse.

How’s that for an investment?

I’m not saying that universal life insurance is a horrible investment, but more times than none, it’s oversold to somebody who doesn’t need it.  The husband and wife were not contributing to any retirement plans or IRA’s when they took out the policy, which is something that should have been asked by the advisor.

Instead of putting money into an expensive universal life policy, they should have been funding a 401k or a Roth IRA.

If you’re considering buying a universal life insurance policy, here are the rules you need to follow:

1. You better have an insurance need.

I once encountered a situation where a 26-year-old female, a 26-year-old single female, was sold a $1 million universal life policy. The insurance agent pitched it to her as a guaranteed savings account that was offering somewhere in the 6% to 7% range. She was told that she could never lose her principal, and that she’d be making a great return on her money.

It turns out what she really had was a $1 million universal life insurance policy. She was paying a good chunk per month toward it, and when there happened to be a botch in how she was paying for her quarterly premium, it prompted her to investigate what exactly she had,  because in the short term that she’d had it, she hadn’t seen this 6% interest that the agent had spoken of.

Of course, the back office couldn’t answer that question and deferred that to her agent. There’s no question that she did not have an insurance need, and therefore had no need for a universal life policy.

2. You also better have term insurance.

To put things in comparison, I purchased a $2.5 million term life insurance policy for $2,500 per year as annual premium. When I started doing some inquiring on a universal life policy for myself, here is what I found.

If I structured the universal life policy to where I would pay $10,000 per year of premium, and did so for 10 years, that would give me a death benefit of $285,743. The policy offers the ability to accumulate cash value, but the guaranteed rate is 3% before expenses.

If the person pitching you universal life insurance policies uses the phrase “It’s an investment like a Roth IRA,” then why in the heck are they are not suggesting you open a Roth IRA first? A Roth IRA should give you more bang for your buck, and won’t have the high cost of insurance attached to it. The same goes for a 401(k).

Preferably, I would love to see somebody maxing out both the 401(k) and a Roth IRA before they even explore any type of universal life policy. If the person is pitching you universal life insurance and they haven’t even inquired about whether you are putting money into your retirement account or not, you know they are sketchy. Move on quick.

In the original case above, where the individual is paying $101 per month for a $100,000 universal life policy, I was able to compare rates and see if they could even pay less than what they’re paying, in case they wanted to keep it.

It turns out I found multiple carriers that were far less than the $101 per month they were paying, from the top life insurance companies in the United States. The best option I found was actually $40 a month cheaper than what they were paying, for a total savings of just under $500 per year.

If you are fully committed to taking on a universal life policy, make sure the person selling it to you has the ability to work with multiple carriers. If they are working for a big box company that can only offer one solution, then you better at least get a quote with somebody else.

The short answer is no.  Universal life insurance is not a ripoff, but it had better make sense for what you’re trying to accomplish.  For example, I’ve seen these type of policies used for estate planning purposes to pass more onto the heirs of clients.  In these cases, universal life insurance makes A LOT of sense.

For the couple that was sold a universal life policy above, I suggested they contact their agent and find out why exactly they were sold the policy in the first place.

LLC vs. S-Corp — What’s the Difference and What’s Best for You